I was impressed to see Dr Osau Igawa's Antomy Theater at the exhibition hall. Dr Igawa gave 10 lectures during the convention; five in Japanese and five in English. Japanese sessions were crouded so that extra seats and extra monitors are supplied at outside of the room.

Self examining booths were prepared as with pictures of the same specimen.

I thought Korean activity on cardiac anatomy is good but I found Japanese activity and doctors' participation are better. 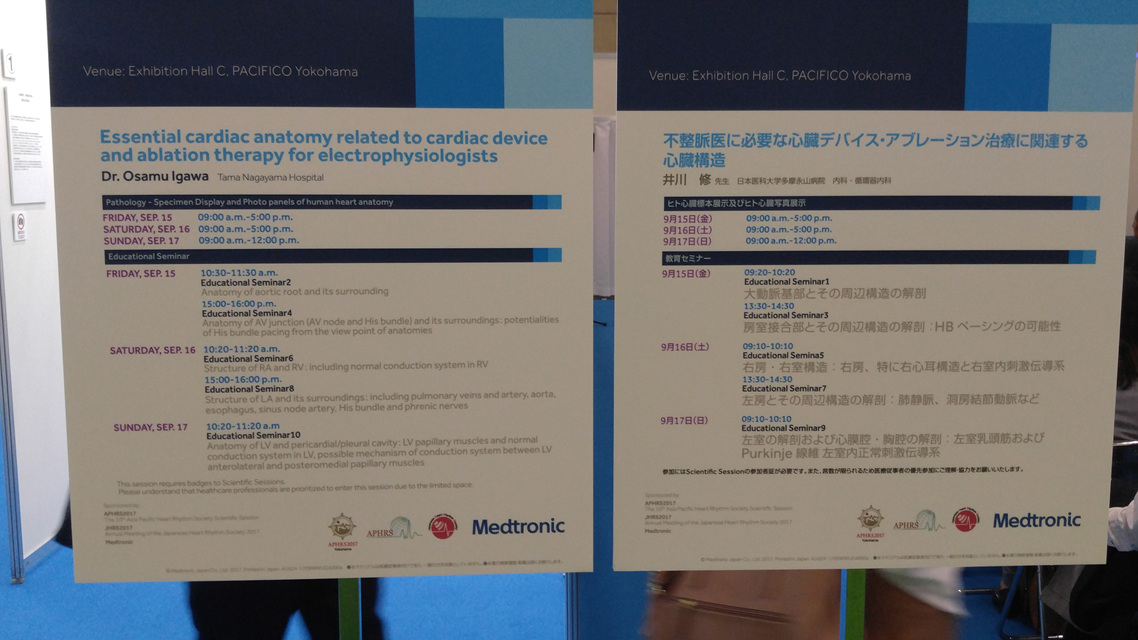 Program of lectures is displayed at the anatomy theater on cardiac specimen live demonstration. Five sessions in Japanese and other five in English. 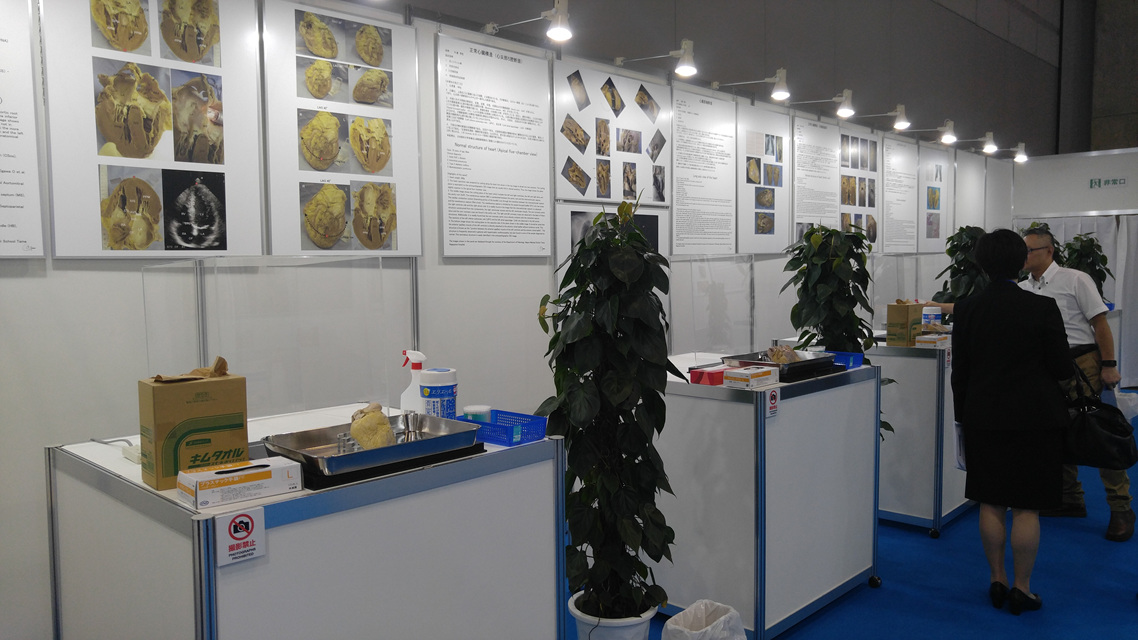 Self examining booth for cardiac specimens. More than 10 booths are displayed. 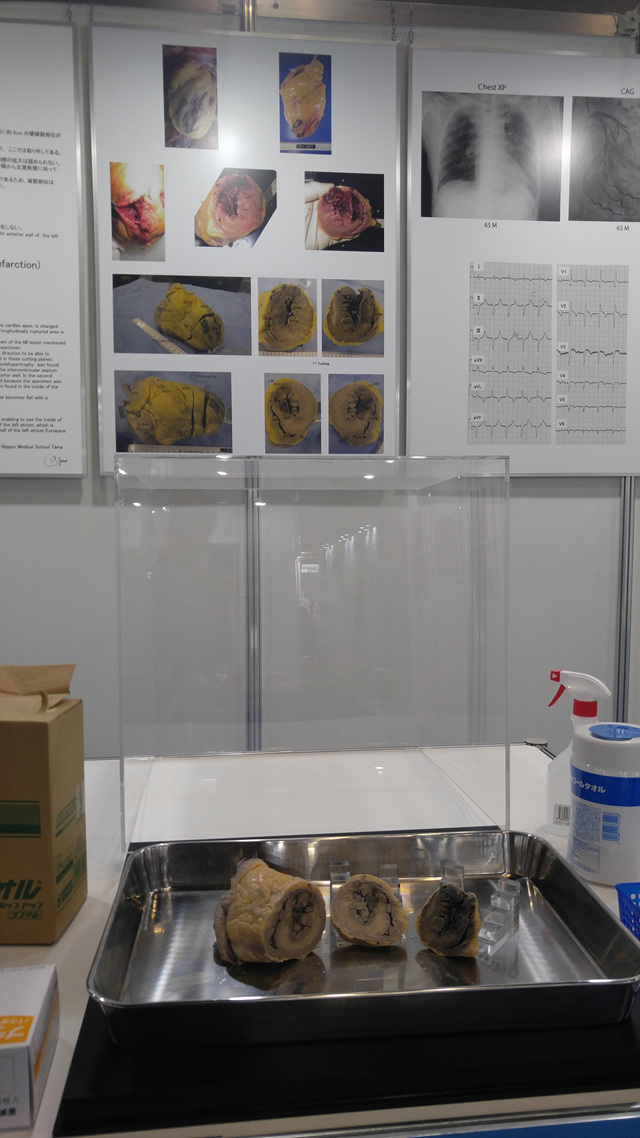 An autopsy case is displayed on the heart, clinical findings and specimen photos. 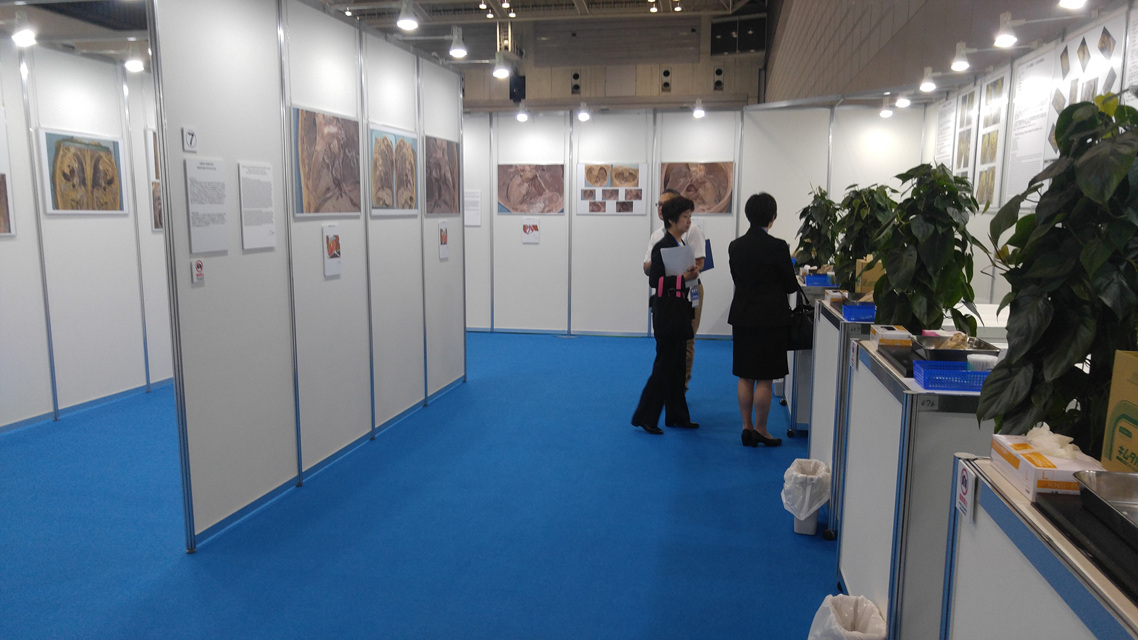 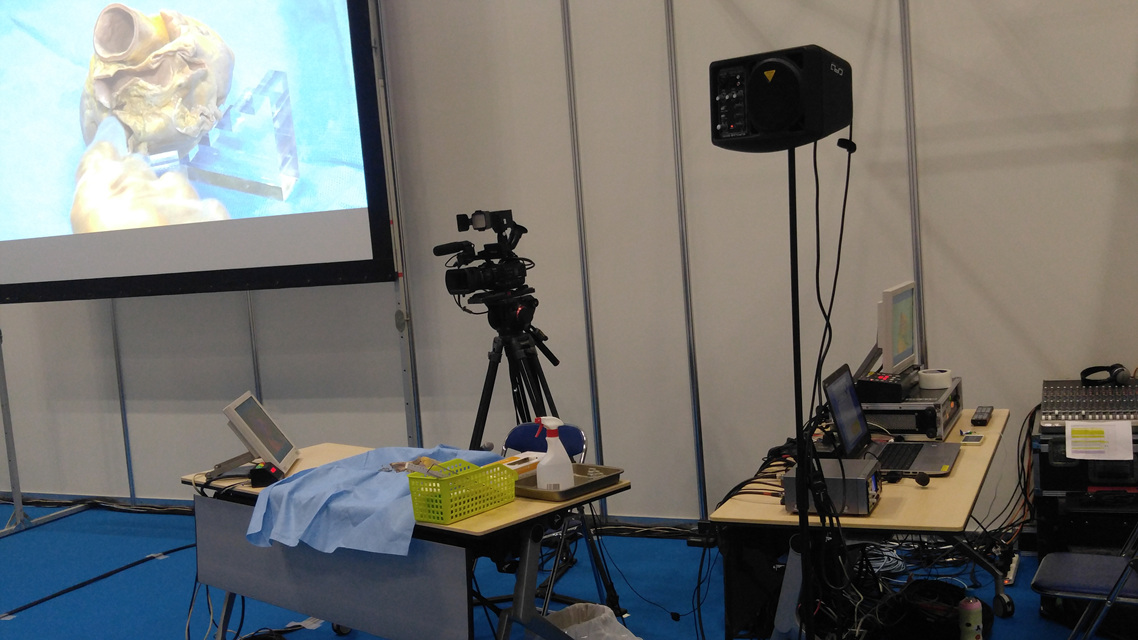 Live anatomy demonstration is not different from our system but the equipment is smaller and compact. I think this small system is enough. 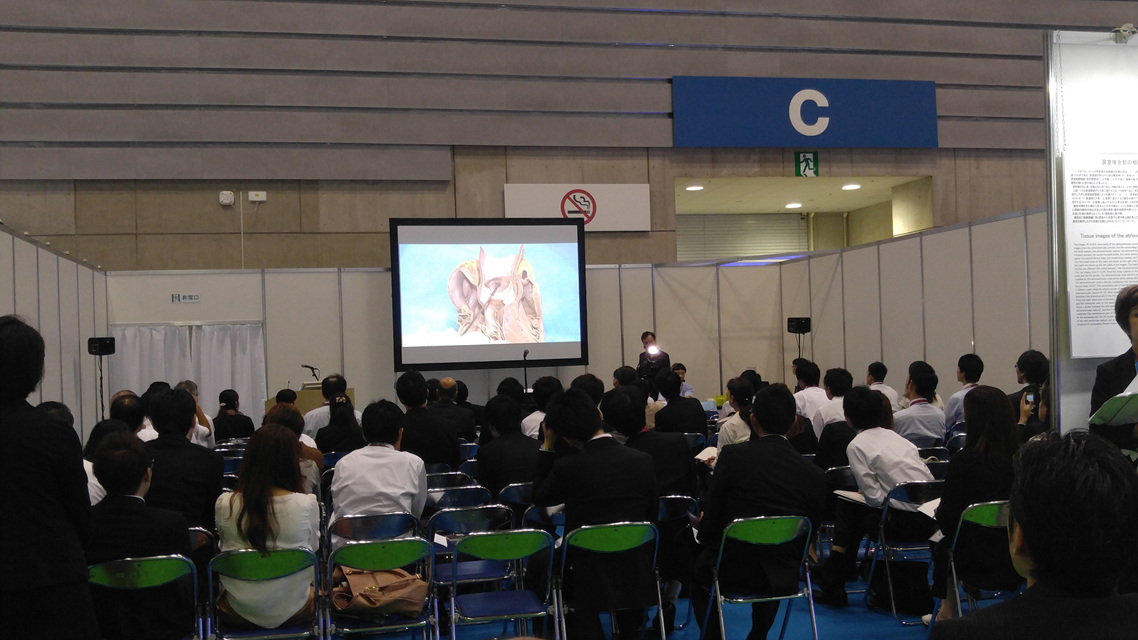 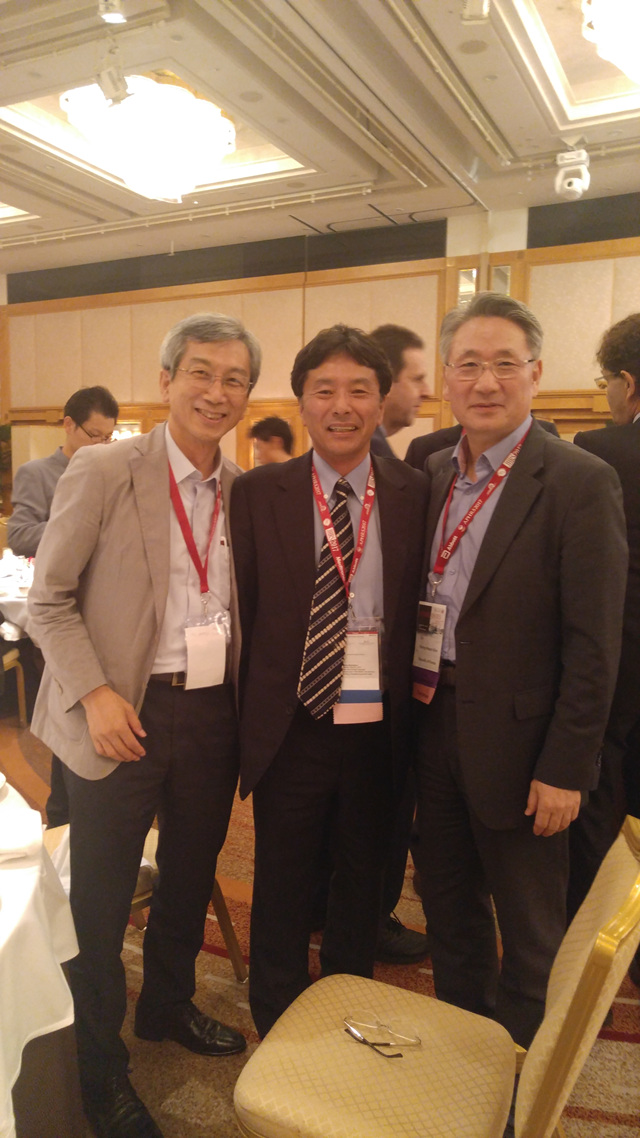 Dr Igawa, Dr Young Hoon Kim and me at the faculty dinner.

In fact I found that I was not in the list of invitee for the dunner but thanks to Professor Yong-Seok Oh at Catholic University my seat was arranged. 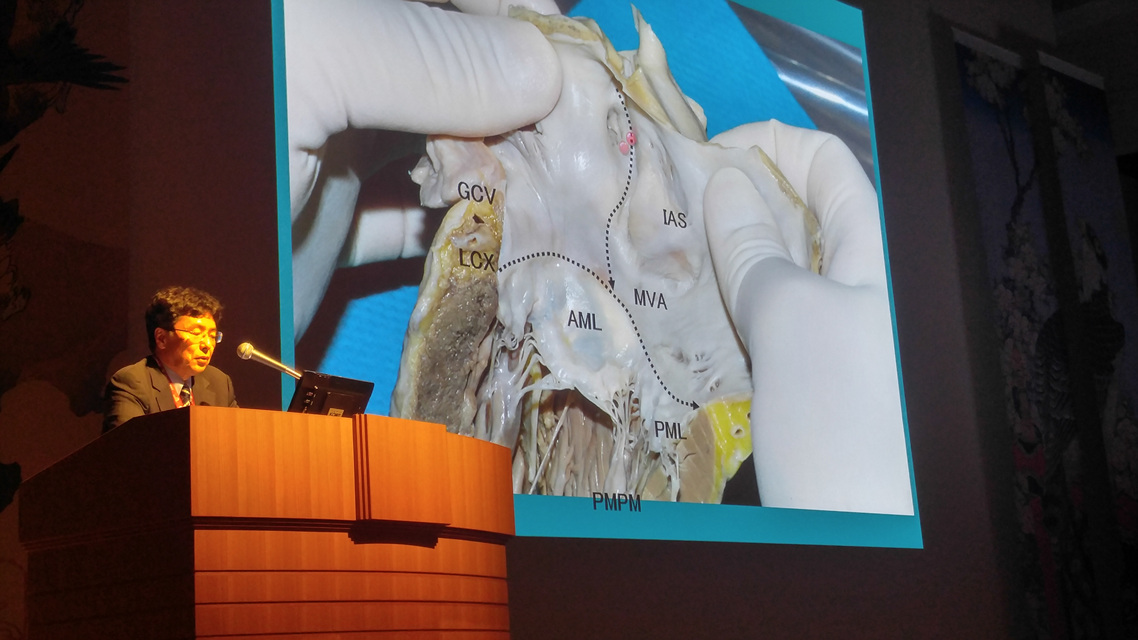 Dr Igawa at his lecture at the main hall.