The big theater at the Sheraton Walkerhill hotel was crowded by cardiologists and echocardiographers. A composite operation of live video demonstration and podium presentation for 90 minutes was held to visualise the anatomy and images of normal and sick hearts. The session was moderated by professor Cho GY (조구영, Goo-Yeong Cho, Seoul National University Bundang Hospital) and professor Seo JW (서정욱, Jeong-Wook Seo, Seoul National University Hospital). The big and wide screen was divided into two screens to show the live video images on the left and the podium presentation on the right. It was like a scene with the real and the virtual or the digital and the analog images together. 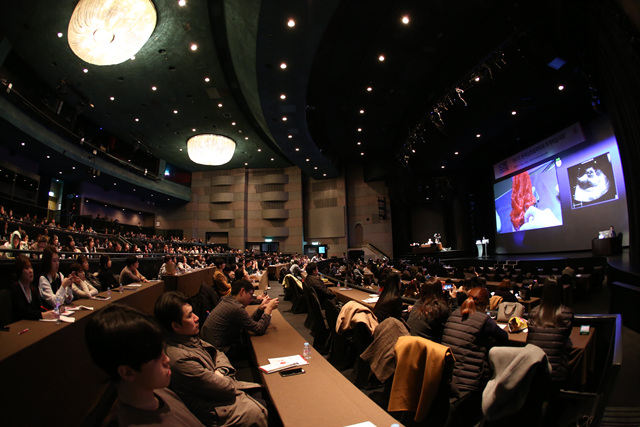 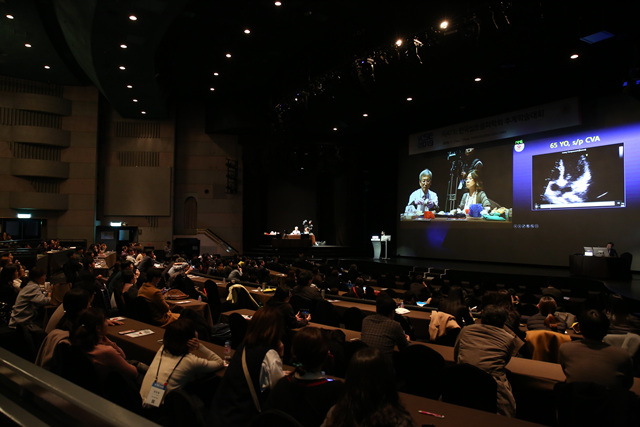 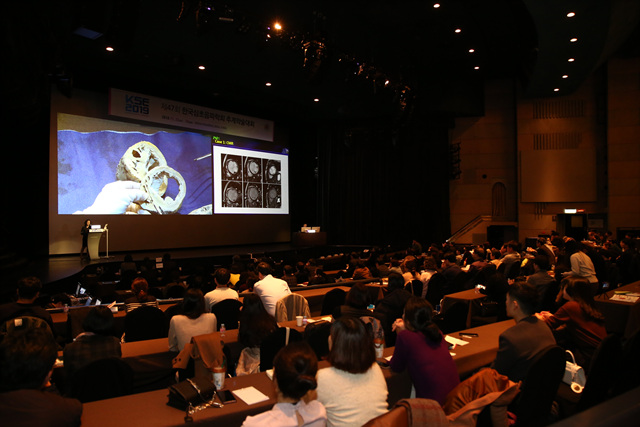 Clinical images were presented by professor Lee SC (이상철, Sang Chol Lee, Samsung Medical Center) and the concurrent demonstration of equivalent views in the real hearts was shown by professor Seo JW and Kim JS(김정선, Jung-Sun Kim, Samsung Medical Center). Five normal autopsied hearts and 3d printed hearts were used to correlate with echocardiography and radiologic images. The most hight lighted specimen at this topic was a real heart with coronary anatomy and 3d reproduction of the heart showing details of the anatomy in regard to the coronary arteries. 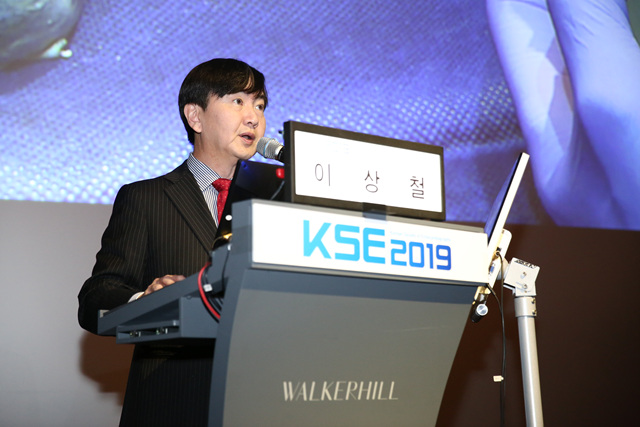 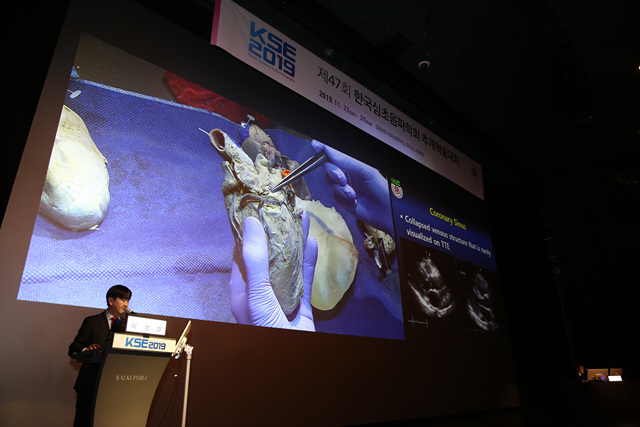 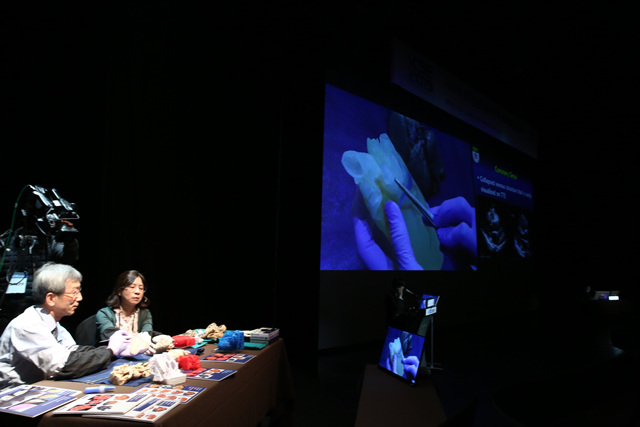 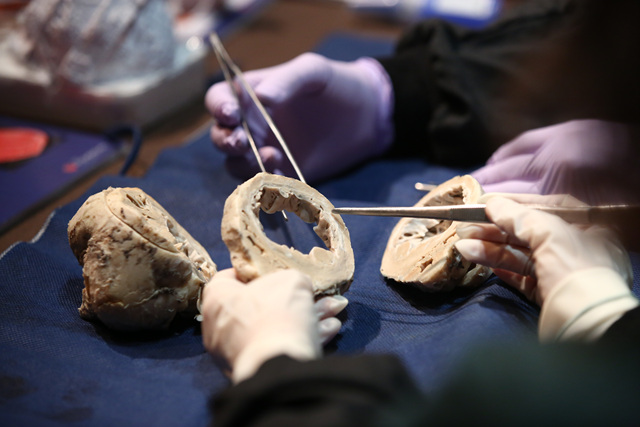 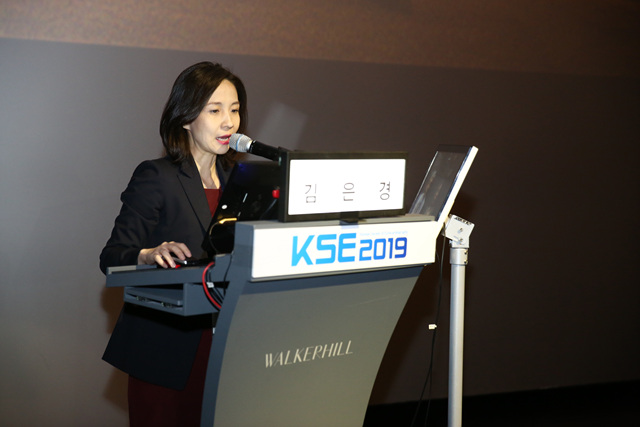 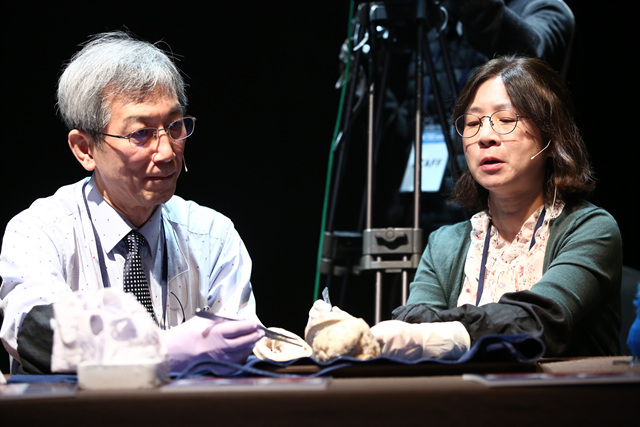 Professor Park JB (박준빈, Jun-Bean Park, Seoul National University) presented a case with prominent Eustachian ridge to guide the inferior caval venous blood to the patent foramen ovale. The direction and plane of the different parts of the atrial septum were visualised by 3d printed hearts.

(photos will be added here.) 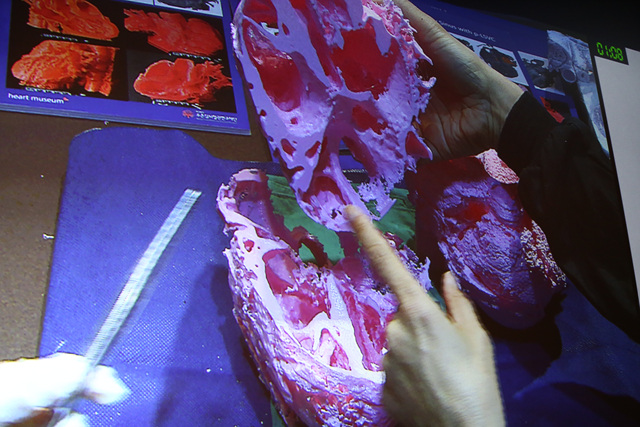 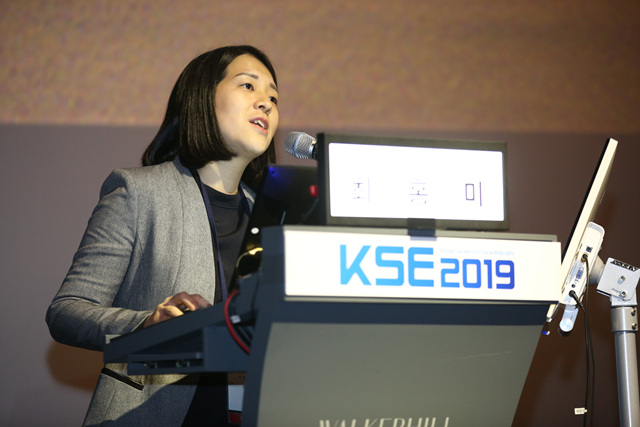 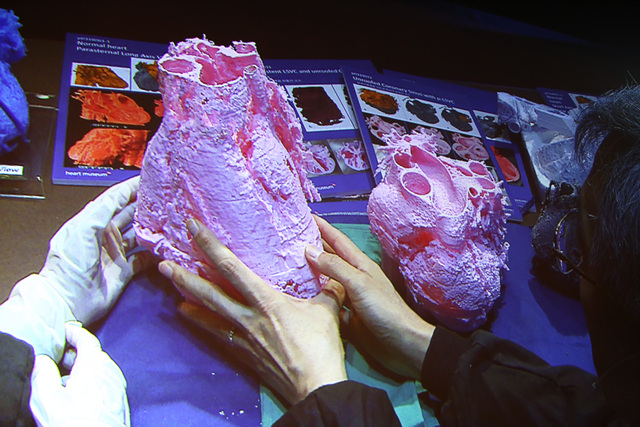 Professor Yoon YY (윤연이, Yeon-Yee Yoon, Seoul National University Bundang Hospital) presented a case who was collapsed suddenly in the street but life saved by resuscitation. The case was a man with hypertrophic cardiomyopathy and he was helped by a passerby and then by emergency rescue team, which incidence was broadcasted by TV news recently. 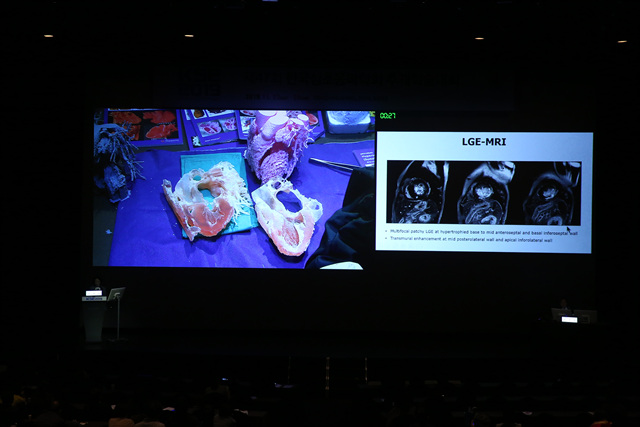 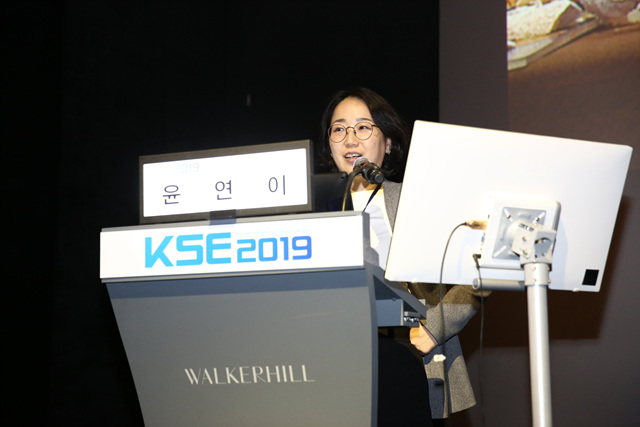 The audience were great contributors to this particular session to learn and respond to the presentors. 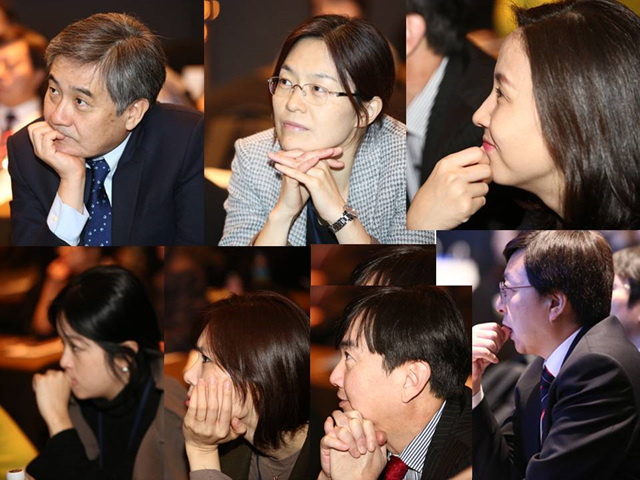 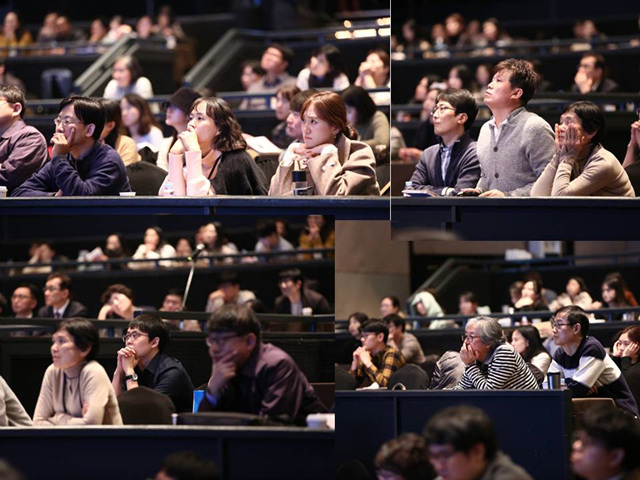 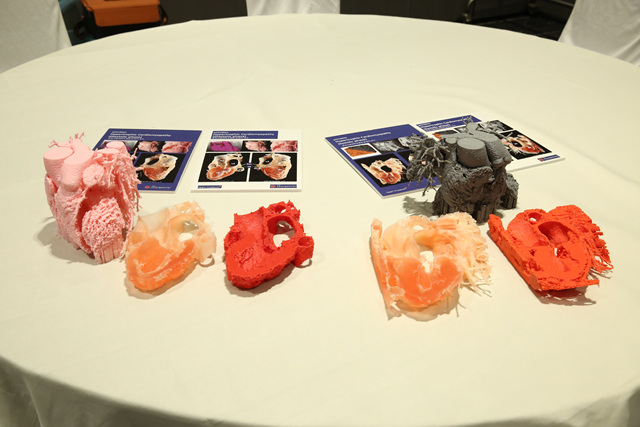 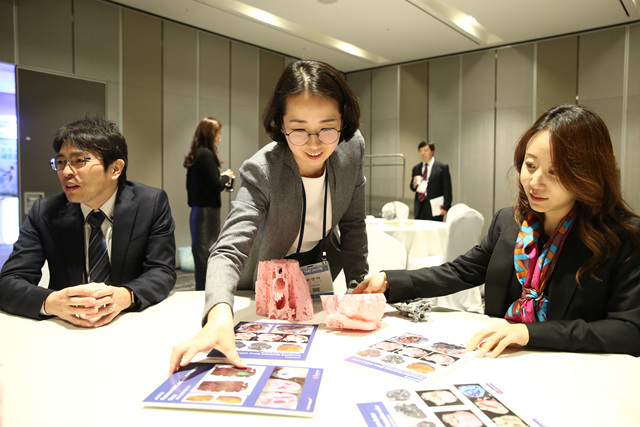 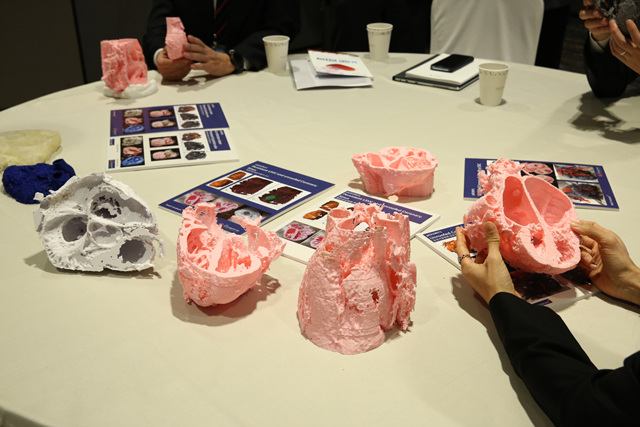 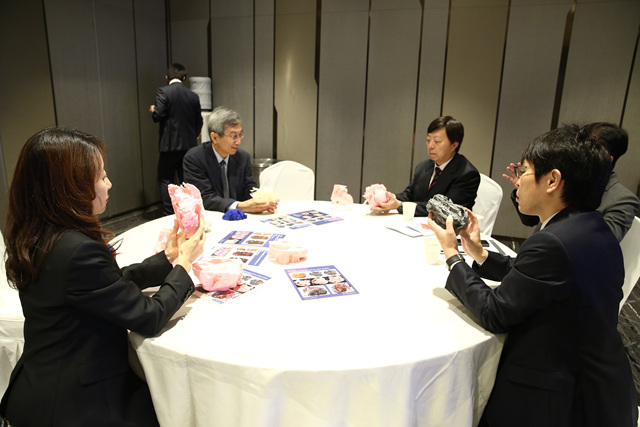 The organizers of the session appreciate very much to the audience as well as speakers of the Echo-Pathology session at the 47th Annual Scientific Meeting of the Korean Society of Echocardiography. 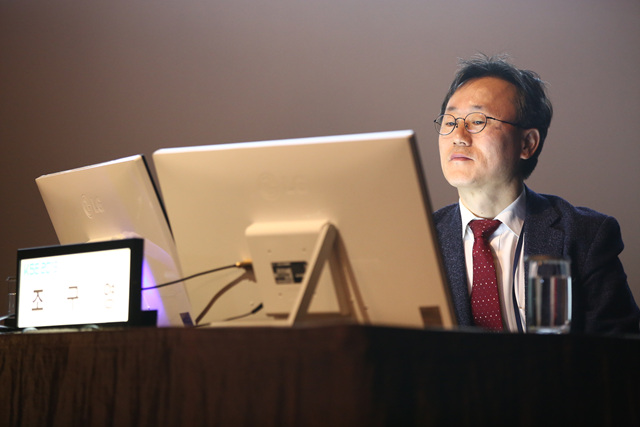 Professor Cho GY, the chairperson of the session.